We are a direct-dealer for Chauvet, Leprecon, Leviton (NSI), Apollo, MBT, High End, and Altman along with many others.

As of recent, LED theatical lighting fixtures have revolutionized the world of stage lighting. LED PAR cans and moving fixtures are increasingly common & popular in church and theatrical lighting.

While conventional light fiixtures remain popular for their strong light output, the feature set available from LED light fixtures is quite attractive for many customers. LED lighting fixtures will reduce your electricity consumption & costs, and will perform day in & out without the need or concern with having to change out blown lamps or deal with duty cycles in the case of moving lights. Plus many LED fixtures have a built-in dimmer. This allows much flexibility including not having to deal with the extra cost of purchasing an external dimmer. For instance, an LED fixture can be used standalone without a light board. Examples include a fixture which can be set to control itself in a number of special effects modes, plus will drive itself as a master while connected to other LED fixtures that are set in a slave mode so that all cycle through special effecs in sync with each other.

We also have an extensive inventory of conventional & LED fixtures for rent, which includes a variety of types of static & moving lights. 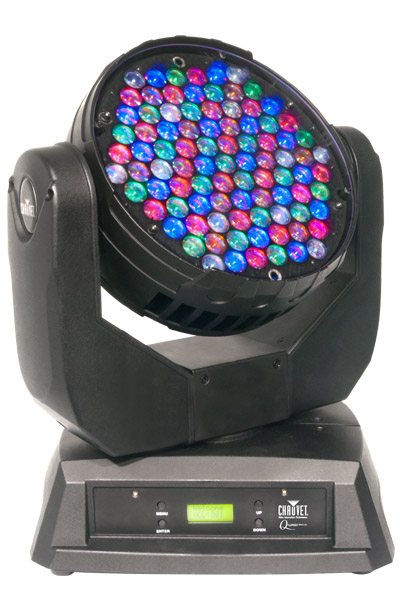