Anyone can set up a cinema-like experience at home with a large screen, comfy chairs, and a popcorn machine, but if you want to truly transform the room into a mini movie theater, you will need a projector with a cinemascope image format.

Despite their many differences in style and plot, most Hollywood blockbusters share an aspect ratio in cinemascope (also called anamorphic). A widescreen image format, with an aspect ratio of 16:9, simply provides a larger version of the view provided by a flatscreen TV. Cinemascope, on the other hand, with an aspect ratio of 2.40:1, mimics the experience of viewing a movie at the cinema. If you want to achieve this image format at home, you’ll need to explore the possibilities presented by anamorphic projector lenses, which allow your projector to be used on a cinemascope screen. 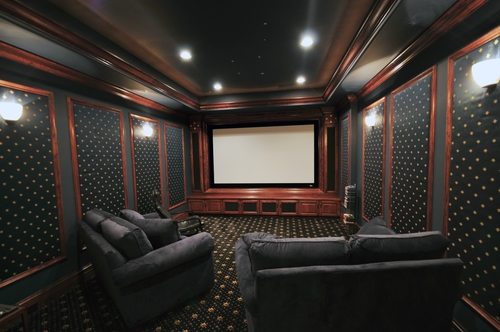 Anamorphic projector lenses work in three simple steps. First, you must set up a wide screen; 2.40:1 is recommended. Next, you must electronically stretch the movie in a vertical direction to ensure that it uses all 1080 rows of pixels. This feature is available on most projectors and high-performance external image processors. Finally, by placing the anamorphic lens on the projector, you can stretch the image horizontally to match the vertical size change. In doing so, you will regain the original aspect ratio and increase the resolution, brightness, and overall quality of the image.

At Southwest Audio-Visual, we sell Panamorph anamorphic lenses, which work with most projector brands on the market. These high-quality, versatile lenses offer a number of benefits, including all of the following:

You can’t go wrong with the Paladin Lens or Phoenix Lens. To figure out whether a Panamorph anamorphic lens will work with your projector, check out this compatibility guide.

Over 70% of films are made with an ultra-wide aspect ratio, with most using 2.40:1. So if your home theater will primarily be used to watch movies, it makes sense to match your screen to the movies. If you used a 16:9 screen instead, a black bar would appear on the top and bottom of the screen when you watched movies.

What Should I Know About Throw Ratio?

If you will be using a Panamorph projector lens, note that although the lenses can be used with a variety of throw distances and screen sizes, the throw distance should be at least 1.6 times the width of the 2.4:1 screen. You can use the manufacturer’s Setup Calculator to ensure that the setup of your home theater follows this rule. Shorter throw ratios increase the risk of edge distortion in the image. The screen border will typically hide this, but longer throw distances are still preferable, assuming you have the space for it.

If you’re interested in renting or buying a Panamorph anamorphic projector lens, contact Southwest Audio-Visual today. In addition to Panamorph lenses, we supply a variety of other A-V products and services, including the sale and rental of top-quality projectors. You might be interested in the new JVC DLA-RS40U 3D D-ILA Home Theater Projector, which we now have in stock. Whether you enjoy watching 3D movies, live sporting events, or concerts, this projector will provide unparalleled image quality. It is highly customizable, provides stunning 3D performance, and offers maximum flexibility for your convenience.